Dubai, United Arab Emirates, welcomed the best national team in age category under 23 with all the favorites winning their opening matches. 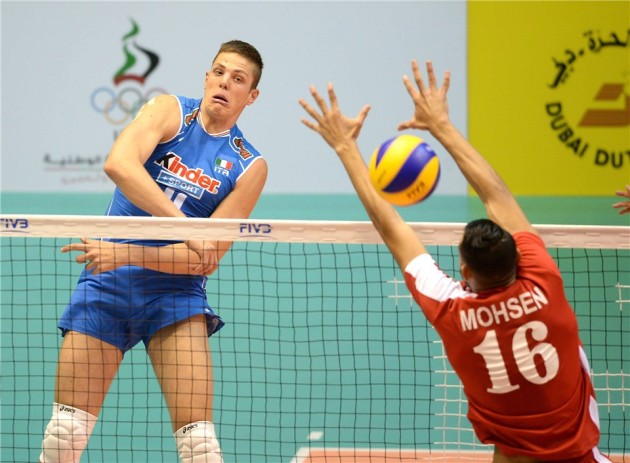 In Pool B, in a premiere game, Russia defeated Tunisia but it was not a perfect victory as it was expected. „Zbornaya“ will have to try harder if they want to reach the medal, as their head coach Mikhail Nikolaev also emphasized after the clash.

Tunisia, led by Elyes Garfi and Malek Chekir (both scored 14 points) won the second set and missed a huge chance in the fourth to make things even more complicated to the opponent.

Russia had Alexander Kimerov who was unstoppable, collecting 18 at own account.

In Pool A and Pool B, Italy and Turkey justified the roles of favorites, beating Egypt and Argentina, each in four sets. Italian opposite hitter, Gabriele Nelli stood out in the match against Egypt with 21 points.

Preliminary Round / Pool A / Today’s schedule

Preliminary Round / Pool B / Today’s schedule

To see standings, more reports, stats and videos from this competition click on World Championship U23 M 2015.

IDN W: Many setters will envy her!...