The Serbian volleyball national team has recorded the second win at European Championship. They downed Finland in three sets 25-19, 25-15, 25-21. 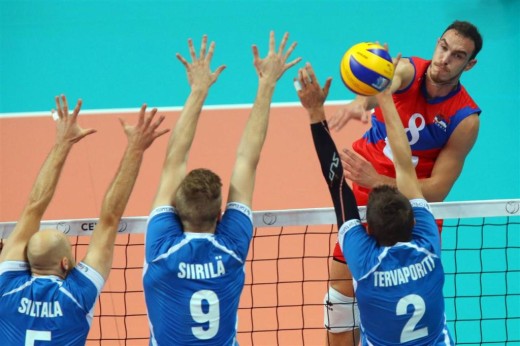 If we compare this match of Serbia with the previous against Slovakia, we would say that Grbic’s side played much better.

In the first set Serbia proved that they had only a bad day against the previous rival and with some stunning moves in attack and defense they took 1-0 lead.

Finland didn’t manage to raise their playing style and in the second set they showed even worse display.

But, in the third set Finland played much better, were trailing only by one but Ivovic’s block separeted the two sides and Serbia recorded second victory at EuroVolley.