The fifth stage of the Brazilian Open Beach Volleyball Tour is set to start on Thursday, December 3, and last through Sunday at Barigui Park in Curitiba. 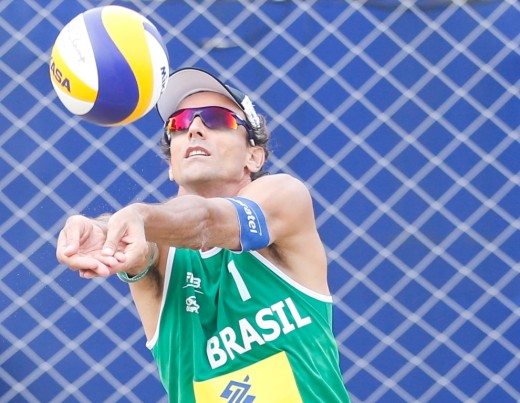 The Tour has not stopped in Curitiba for three years, so a major highlight of the tournament will be the homecoming of 2004 Olympic champion Emanuel Rego to the city where he was born more than 42 years ago.

“I think it is fantastic to return to my hometown and play at this tournament,” said Emanuel.  “Friends and relatives are already waiting for me.  It will be special to be around people from the clubs where I grew up in my youth, because they are so passionate about the sport.  I hope the fans will enjoy the tournament and some young players will find more motivation on the volleyball court.”

Emanuel Rego & Ricardo Santos form one of the 16 men’s pairs to compete in the main draw, split into four round-robin pools.  The pool winners will qualify directly to the quarterfinals, while the teams placed second and third will move on to an additional single-elimination round.  The same format will be applied to the women’s competition.

On both the men’s and the women’s sides, the beach volleyball fans in Curitiba will be able to see some of the world’s best players, such as 2015 world champions Alison Cerutti & Bruno Schmidt or 2015 FIVB World Tour winners Larissa Franca & Talita Antunes, compete for the medals.

The International Volleyball Federation FIVB has confirmed and announced its beach volleyball calendar for 2016, with the first event…