Tianjin, the hit of the Chinese League this season, made a huge first step towards championship title! 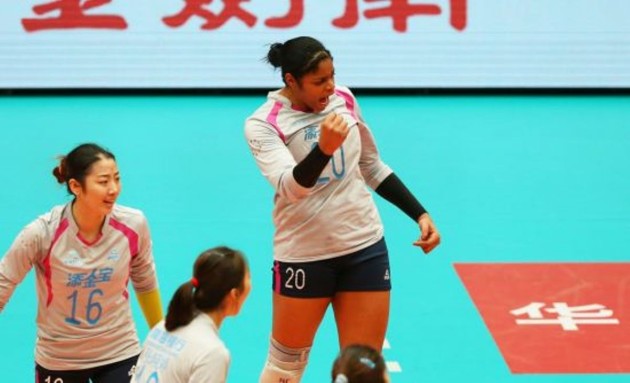 Who else but Cuban Nancy Carrillo endured the heaviest burden in the winning team finishing the match with 28 points! She had a support mostly in Chen Liyi who contributed with 14 points.

In Jiangsu, which doesn’t have foreigners in their squad, Gong Xiangyu and Zhang Changning, a hero of semifinal series against Shanghai, scored 21 each.

The next game will be also played on Tianjin’s court, on January 19.

In series for 3rd place, Shanghai took 2-0 lead against title holders Bayi after another straigh-set win with 13 points from Canadian Sarah Pavan.