The NORCECA U18 Women's Continental Championship officially began on Monday at the Baja California High Performance Center in Tijuana, Mexico with the hosts, USA and Costa Rica all registering wins. 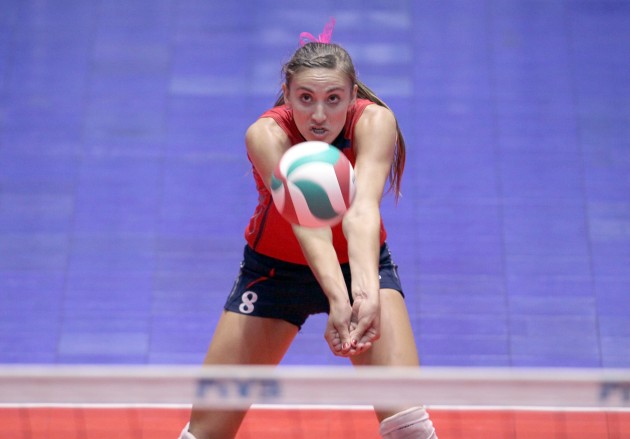 The opening ceremony featured a parade of competing teams, an athletes’ oath by Mexico captain Ivonne Martínez and referee oath by Maria del Carmen Durán – also from Mexico. A traditional Mexican dance performance was presented by the Xochipilli Folk Ballet as part of a cultural celebration marking of the return of international volleyball to Baja, California.

Also, on behalf of the Mayor of Tijuana, Carlos Bustamante Anchondo, the municipal sports director, Daniel Corona, welcomed the attendants and the competing teams.

“I am very happy with the opportunity to play this first international experience,” American captain Taylor Tashima said. “We played well and now expect to play stronger against Guatemala.”

Puerto Rico defeated Trinidad and Tobago 3-0 (25-7, 25-7, 25-8) to clinch their first victory in Pool B with Julymar Otero and Nanishka Pérez scoring 11 and 10 points respectively for the victors.