The USA and Korea have already crossed their ways in the Olympic tournament and right on the first day of action for preliminary Pool B. The team coached by Hugh McCutcheon could score a 3-1 win for what is one of the two sets conceded by the US Americans to their opponents in this Olympic adventure. 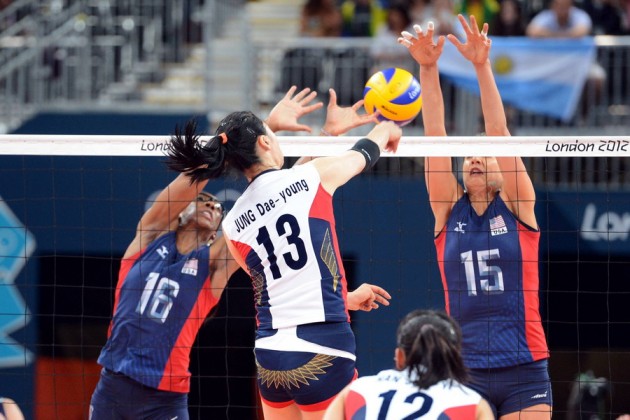 Being ranked first in the world and coming from a terrific campaign in the FIVB World Grand Prix where they swept all of their matches, Team USA are seen as the clear-cut favourite of this clash, but Korea won’t be an easy opponent, as their offense is anchored by one of the finest volleyball players out there, opposite Kim Yeon-Koung, who has amassed a total of 165 points in the tournament.
Korea caused the major sensation of the 1/4 finals by edging Italy and Team USA will have to find a way to stop Kim to cruise to the final match of the Olympic tournament. After she missed the 1/4 final where her side easily downed the Dominican Republic in straight sets, setter and captain Lindsey Berg shall be back in action to marshal the US American spikers and especially Destinee Hooker, the third-best scorer of the competition so far with 123 points. This will be the eighth Olympic confrontation between these teams, with USA having a positive record of 5 wins and 2 losses including the victory scored 10 days ago at Earls Court.

CZE W: Agel PROSTEJOV opts for group of young players for long-term development of the team