In the recent memory, the American Volleyball Coaches Association (AVCA) disclosed preseason ranking for women’s volleyball teams from the University of Texas, Kansas State, and Iowa State. All three teams belong to the Big 12 Conference. 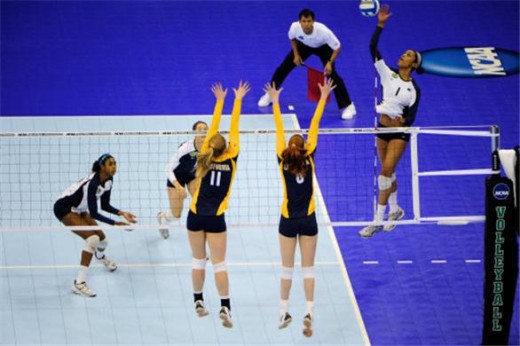 The Texas Longhorns topped the ranking chart by achieving the highest preseason standing as a member of the league. The team climbed up the No. 2 spot on account of its overall great performance, while Iowa State earned 10th position. Third Big 12 squad, the Kansas State, received a No. 22 ranking.

On the whole, the reigning Big 12 Champion Texas Longhorns earned 1341 points whereas Iowa State Cyclones and Wildcats from Kansas State claimed 886 and 246 points respectively. This is the second time that Texas University ranked No. 2. Previously, the Longhorns earned the same ranking in 2009, the points were different though. In 2011, the Texas ladies settled in fourth spot. However, they struggled to improve and regained better status.

UT Longhorn earned a single first-place vote and clawed their way to sixth straight NCAA Regional Finals appearance in last season. The Big 12 Conference entered the 17th season in 2012 and once again had three teams in the AVCA preseason poll. The UT has managed to reach the preseason poll each season since 2005.

On the other hand, Iowa State made its way to the preseason poll for fifth straight year in 2012. The Cyclones finished their last season by earning eighth position. Hence, both these teams, Longhorns and Cyclones, are not new to the preseason ranking. Nevertheless, it is the first time for Kansas State Wildcats to earn their first preseason ranking since 2008.

The Big 12 Conference emerged as the nation’s best RPI in the 2011 season and helped seven teams to advance to the NCAA postseason.

In the next run, the Big 12 teams are ready to kick off the 2012 regular season on Friday, August 24. Following the successful completion of non-conference tournaments, the Big 12 Conference action will take centre stage in the month of September.

Currently, the teams are undergoing extensive training and practice, in order to meet the upcoming tough challenges. UT women’s volleyball team is regarded as the pre-favourite of the 2012 season. Longhorns are likely to make their mark in both conference and non-conference matches.