This is a story about the Bangkok Glass that won six titles in two and a half years of their existence! 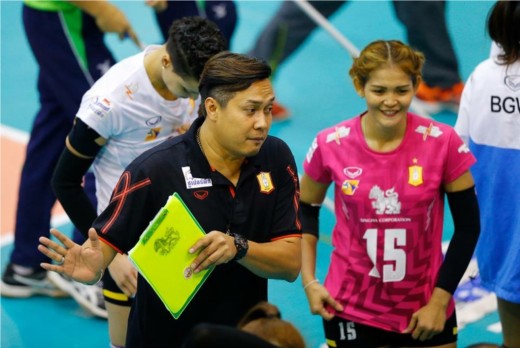 The most deserving man is head coach Kittipong Pornchartyingcheep, who also was one of the people that help this team establish in 2014.

Firstly, Bangkok Glass played in the second division of PRO Challenge league in Thailand. They managed to gain promotion and in next two seasons they started ruling in domestic championship.

Beside winning these championship titles, Bangkok Glass were also the first Thai club to win the Asian Women’s Club Championship in Vietnam following a great victory over title-holders and favourites Hisamitsu Springs from Japan.

“I never thought my team would be this successful. Truly, we didn’t come this far to only come this far, so we’ve still got further to go,” said Kittipong

“I later signed a contract with Bangkok Glass, impressed by the club’s professionalism. It was a big challenge and tough mission to make Bangkok Glass successful from the start. I had so much pressure forming a new team as I had to start from zero. I spent most of my time setting up the game plan and selecting the team players for each position. As far as I know, competition statistics seem less necessary and instead I concentrate on studying the tapes thoroughly to win matches one at a time. I go to bed very late every night spending 3-4 hours studying the tapes and thinking about how to cope with the rivals’ tactics, using what our team have. I think teamwork, hard training and good preparation are key factors in our success,” Kittipong added.