NORCECA W: Panama stumbles against Belize for their second win 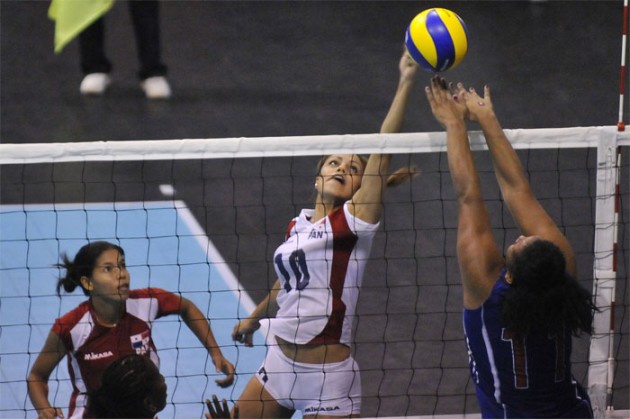 Belize took the first set while host Panama stumbled to recover; during the second set Belize still was resilient to give in but Panama took control of the match adding direct points from their attacks.

With 19 points, Joanna Arroyo was the best scorer for Panama, along with 15 points by Hashlyn Cuero.  For Belize, Thichele Solis lead with 12 points.

Joanna Arroyo said that this tournament has brought lots of surprises and in the years she’s been playing she has never seen Belize do as well as they did today “we had to make adjustments in our passing because we couldn’t do anything against Belize’s good serves and our coach had to speak to us stronger so we could stay focused on winning.”

“We did not maintain our concentration and we lost mental control, we fought hard. Tomorrow we’re coming with our heart set to win over Bonaire” words of Sherylee Young-Thurton of Belize.

Reynaldo Ortega Coach of Panama said, “I always praise God for our winnings and with some instructions to my setter we were able to dismantle their game. Our experience was the key for today’s victory.”

Allan Sharp believes that even if they have been improving, their lack of mental focus was the reason they lost, “the only way we can control our mistakes and stay in concentration is by having more tournaments like these”.