After the first weekend of the World Grand Prix 2016 Group 2 and Group 3, we could say that four teams left a good impression! 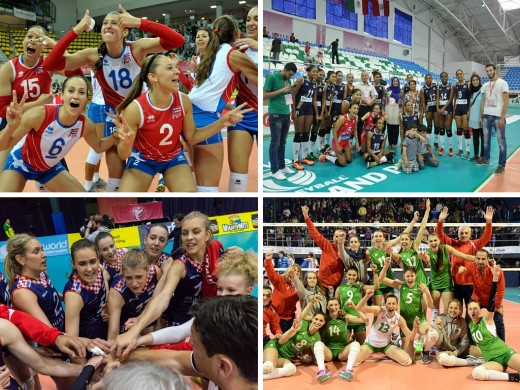 Two teams from Group 2, Bulgaria and Puerto Rico had three out of three wins after the first weekend of this FIVB’s prestigious competition.

Bulgaria are in the first place because they have a better point ration than Puerto Rico, who have the same number of wins and the same set ratio.

Ivan Dimitrov’s side opened tournament with 3-2 win over Dominican Republic, afterwards Kenya had to surrender after three sets and in the last game of the first weekend, Bulgaria down Argentina 3-1!

Puerto Rico dominated at the tournament in Zelena Gora. Firstly, they beat Czech Republic and Canada, then they meet the host of the tournament Poland. Lynda Morales had a good display (21 points), helping her team beat Polish girls to remain unbeaten after the first weekend!

In Group 3, two volleyball national teams had perfect score after the first weekend. Croatia and Peru lost only one set each, but Peruvian side is in the first place because of scoring a better “point ratio” during this opening weekend.

Angela Leyva (Peru) had the best scoring performance in a single game. She recorded 31 points against Kazakhstan helping her team reach the win. Berenika Tomsia of Poland had also a good display vs. Puerto Rico on 5th June – 29 points. In the third place are two players Emiliya Nikolova (Bulgaria) and Heidy Rodriguez Lopez (Cuba), each scored 26 points. Bethania de la Cruz (Dominican Republic), who missed the whole last season, shares the fourth place on the list of top scoring performers with the teammate Brayelin Elizabeth Martinez. Each scored 25 points against Argentina on 4th June.

Ana Grejman (Poland) scored the highest number of aces in one game – SIX against Canada. Candida Perez (Dominican Team) and Daimara Cajigal (Cuba) scored seven blocks each and these two were the top individual blocking performances in a single game.

Next weekend will be more exciting as the Group 1 World Grand Prix games are about to start!