All 6 Cuban players accused of rape and will remain in detention, including captain Cepeda!

Tampere District Court in Finland has decided to imprison all six Cuban National Team players on suspicion of aggravated rape, including its captain Rolando Cepeda! 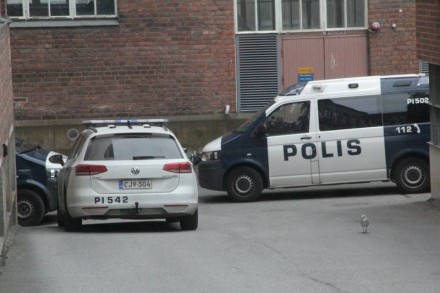 The players allegedly committed sexual offence on the night between Friday (July 1) and Saturday (July 2), in a hotel, during Week 3 of the 2016 FIVB World League – Group 2 in Tampere, Finland. They all denied the charges.

Uriarte has already been involved in an dishonorable action by signing contract with two clubs at the same time. He spend last season in Turkish Maliye Milli Piyango Ankara. As for Cepeda, he had an amazing season in Greek P.A.O.K. Thessaloniki, taking the national title and being one of the best scorers of the CEV Champions League. He appeared on Korean V-League draft this summer and was chosen by Ansan OK SavingsBank Rush&Cash VC.

Recall that firstly eight players were arrested, but two of those were released.

The questioning of the Cuban athletes lasted more than three hours, as Finnish media report, case by case. Decision on their detention was made on “reasonable grounds”.

Are this players normal??!!! It’s a shane for the whole volleyball world and volleyball family! Also all important international sources reported about this case

@Axe they are normal but just maniacs

Need to correct that DNA test results have not been a reason for the detention decision, because they are not ready yet. Actually the lawyer of one player gave comment that he is looking forward DNA tests to show his client innocent.

However, there is likely some quite heavy evidence as all detention decisions were made on more ‘reasonable grounds’ and police says that they have a good picture what have happened.