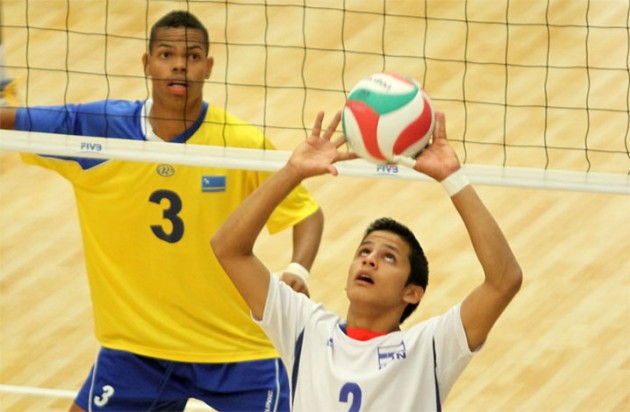 Honduras will now advance to the fifth-place place on Saturday at 13:00 and will face Guatemala, while Curacao will play St. Vincent and the Grenadines at 11:00 on Saturday for seventh place.

Honduras benefited from 44 Curacao errors in the match to its own 22 in offsetting Curacao’s 59-48 margin in kills. Honduras held a slim 9-7 block advantage.

Honduras rattled off three straight for a 23-22 lead in the opening set. Curacao saved two set points and gained the lead at 26-25 and won the set 27-25 on an ace by Quinten Anthony. Honduras opened a 7-1 advantage in the second set, but Curacao rallied to within 11-9. Honduras answered with three quick points assuming a 14-9 lead and maintained the momentum for a 25-19 victory. Curacao recovered from an 8-5 deficit in the third set to level the score at 10-all. Honduras maintained a slim lead until Curacao tied the set at 23-all with back-to-back points, but Honduras put the set away at 27-25 on its third set-point chance. After Curacao rallied to tie the fourth set at 11-all, Honduras rolled to a 16-12 advantage and capped the match with a 25-19 victory.

WL M: Velasco salutes players as Iran in box seat to advance to second round