Benjamin Patch, an opposite hitter for the United States, was selected as the most valuable player of the 2012 NORCECA Men’s Junior Continental Championship that concluded Sept. 1 at the U.S. Olympic Training Center in Colorado Springs, Colo. 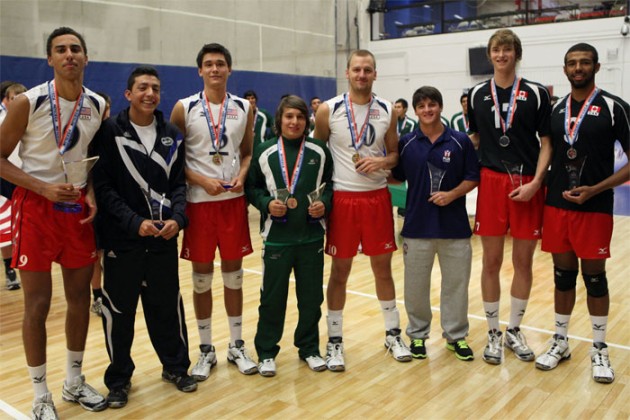 Patch helped the United States defend its title of the biennial NORCECA Men’s Junior Continental Championship with 19 points in the gold-medal match against Canada. He finished the tournament with 55 total points, including 47 kills, seven blocks and an ace. Patch ranked fifth in Best Spiker with a 48.45 kill percent on 97 attempts.

“This is a total honor,” Patch said. “I don’t think it’s about one valuable person for our team. No one person can excel without great setters and great passers. It was a team effort out there tonight.”

Always before match? Warm up!