All teams which will take part at the 2017 FIVB Women’s Volleyball Club World Championship registered their rosters for the tournament. 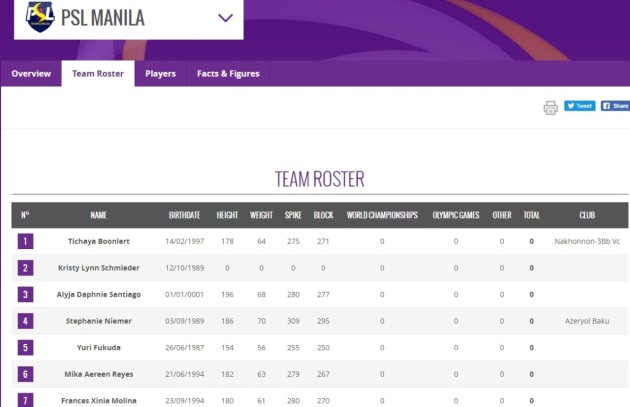 More or less, all players that will represent teams at the Club World Championship were known even before the official registration for the tournament except those which will represent Philippine Superliga All-Stars.

Roster of the hosts of the Club World Championship (Manila, October 18-23) was designed to be the combination of seven domestic and seven foreign players but there will be more of each.

See the schedule of the 2017 Club World Championship.

TUR M: Nikić – “I came in Besiktas because they created a good team”