Volero Zurich overpowered VakifBank Istanbul in a thrilling tie-breaker, while both teams advanced to the FIVB Women's Club World Championship Semifinals. Still, the important thing about this win is that Volero Zurich secured the 1st place in Group B! 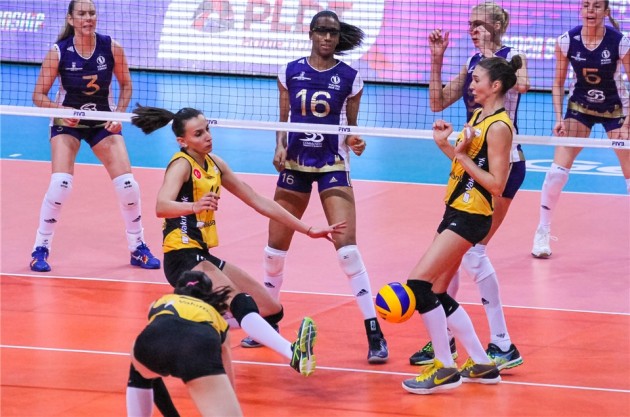 What a match! VakifBank were so close to make a major comeback, but eventually it was Volero who got out from the impossible situation. The Swiss side seized the opening two sets, but then VakifBank woke up and simply dominated the following two periods, tying the score at 2-2.

In the 5th and decisive set, VakifBank escaped to 14:12 and had 2 match-points, however Volero seized 4 points in a row (!!!) and won the tie-break by 16:14! Therefore, Volero will play against the 2nd team from Group B, while VakifBank will have to face the 1st placed team from that group (most probably Eczacibasi VitrA).

CWCH W: OUCH! Kosheleva crushes down after being hit by BOŠKOVIĆ! (VIDEO)