WoV in Manila – Pomi Casalmaggiore are in the semis!

PSL-F2 Logistics Manila fought bravely but Pomi Casalmaggiore were simply better this Thursday evening. The Italian crew have therefore qualified for the semifinals of the FIVB Women’s Club World Championship. 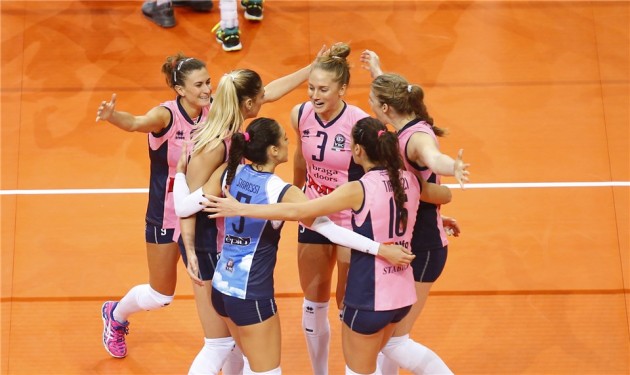 The first set was very exciting, although it did not look that way at the beginning. Pomi Casalmaggiore quickly escaped to 14:4, but the hosts managed to reduce the margin to 18:16! Still, Manila squad could not go any further as Pomi then increased the pace and won the set by 25:19.

In the 2nd set, the reigning European champions showed their full strength and double their lead quite easily – 25:15.

And then, when nobody expected,  PSL-F2 Logistics Manila played a stunning 3rd set. They were leading for the whole time, but simply failed to make the final strike. Despite being up ahead by 18:15, the hosts suddenly stopped and let Pomi Casalmaggiore tie the score at 20:20. Being a much more experienced team, the Italian club used that advantage in the final moments to finish the match by 25:21.

CWCH M: When Leal goes for a pipe attack, you better move aside… (VIDEO)