Thailand outplayed Vietnam in straight sets (25-22, 26-24, 25-17) at the semi-finals of the 3rd AVC Cup for Women at the Baluan Sholak Sport and Culture Palace on Saturday. 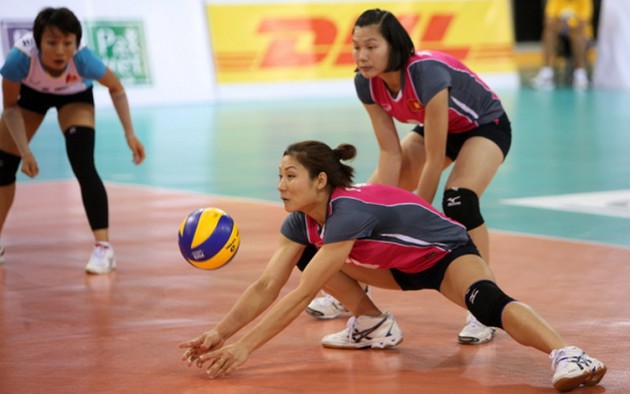 Thailand’s win against Vietnam secured them a spot for the 2013 FIVB Volleyball World Grand Prix as the event also double as the qualification tournament for 2013 Grand Prix. The top two finishers, except China and Japan who have automatically qualified for the Grand Prix next year, are to earn berths of the Grand Prix.

Vietnam showed promising strength offsetting the intimidating offensive presence of Thailand on court in the first two sets. On the other hand, Thailand could not find their rhythm to increase their cushion and that Vietnam somehow found a way to always keep Thailand’s lead in close distance.

But no matter how insistent Vietnam played, Thailand found a way to slow them down in the closing moments of each set – scoring on the necessary quick points to secure the first and second set victories.

Thailand then began to implement a stricter defensive scheme that contained Vietnam’s Nguyen Thi Ngoc Hoa from being aggressive on offense. Nguyen managed to score only 11 points which was not enough for her team to make any comeback.

Onuma Sittirak have once again taken the responsibility to spearhead Thailand’s offensive thrust – making a substantial amount of spikes and blocks that encouraged her teammates to get into a scoring rage. Onuma scored 16 points while teammate Amporn Hyapha contributed 11 points.

Vote for female opposites and make your...