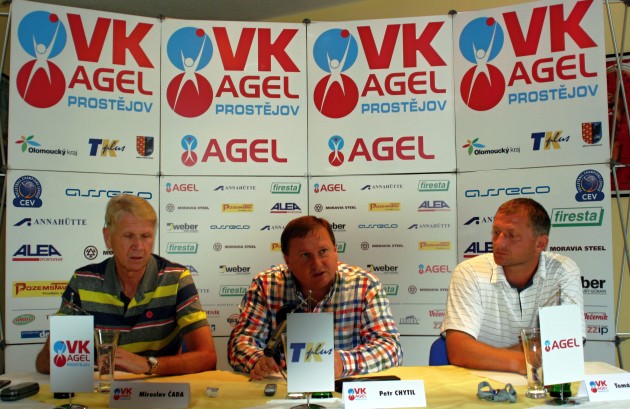 “Just like every year, we want to try to make it out of the Pool play in the Champions League. However, this year it is going to be very difficult to meet this goal because of three main reasons. Firstly, now we are building a young team with good prospects for the future. Secondly, all three opponents in our Pool are extremely strong. Thirdly, only the  two best third-ranked teams from each Pool advance to the Playoffs. Nevertheless, regardless of these circumstances, we are not going to throw in the white towel in advance; we are going to do our very best to succeed. And if we do not make it, it won’t be disaster” says Petr Chytil, the chairman of the management board.

The four-time champions of the Czech Republic from the last four years are still under the leadership of Miroslav Cada, who is a very experienced head coach. “Because of national team obligations some players had in the European Championship qualifiers we were not able to work with the complete roster until one month before the first competitive match. But the girls are doing a good job in the preparation and it is evident that the teamwork of our new team is getting better and its performance is improving. I believe that we will be one hundred percent ready for our first Champions League battle on October 24 at home against Rabita BAKU” says Mr. Cada.

Apart from doing well internationally, Agel PROSTEJOV has again the obligation to win the Czech Extraliga, the Czech Cup and the Czech-Slovak Cup. And Anna Velikiy is supposed to be a big help on this path to success; this Israeli player is temporarily back to support the young team for the period of its participation in the upcoming Champions League.

“It is true that our roster is very different this season compared to last year, but it does not mean that we cannot play good Volleyball and make a sensation against the teams that are stronger on paper. It is all about working together and about how much passion we put in each match. If we do our very best, we will claim good results” stresses Brazilian-born Solange Soares, the team captain.