Vietnam rushed to an easy 3-0 win against Mongolia in the Asian Youth Girls Championship. You can read all relevant news from volleyball world on Worldofvolley.com. 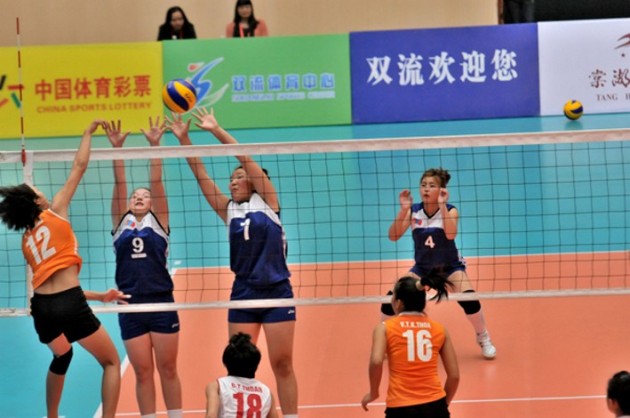 The same could not be said about the Mongolian girls as only Sudmaa Munkhbat was available to attack from left flank. She garnered seven points from her attacks, but she was not consistent enough to sustain Mongolia’s chance for a win.

Reception and service errors likewise hurt the Mongolian cause, giving away precious points to their opponents in no time.

Meanwhile, the Vietnamese side adhered to their rhythm, and even worked their dummies to outsmart the opponents. They possessed more fluid plays and better execution of offense. L.T.Hong found her niche at left flank, converting her attacks into 14 points. N.T.T.Huong was likewise solid from the wing, but also found her groove at the middle.

Mongolia tried to salvage the situation with substitution by the third set, but their strategy did not take off. They continued to suffer from service misfires and reception errors, and they could no longer stop Vietnam’s momentum to pull away with victory.