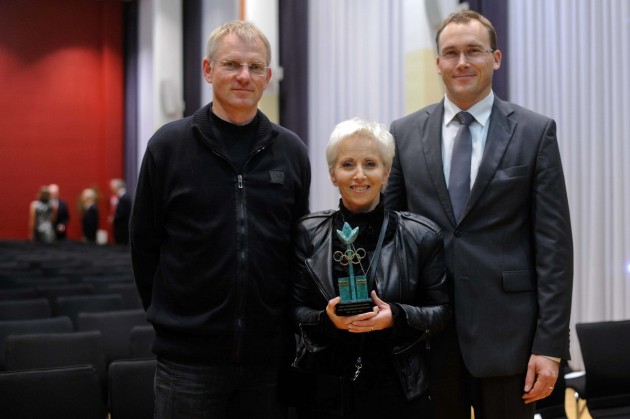 The Volleyball club ACH Volley received the IOC Award for Sport and Sustainable Development. The award was accepted by the former organizing director of ACH Volley Ivanka Mihelčič.

In its explanation, the OCS stated that ACH Volley received the award for its green campaigns in the previous season. The campaigns started in September 2011 with the slogan “Clean up the lungs of our city. Prepare Tivoli for Ti-Volley”, and continued throughout the entire Volleyball season with appeals to fans and spectators to keep the area around Tivoli sports hall clean and green. It culminated with the club’s participation in the Slovenian cleaning campaign “Let’s Clean up Slovenia in One Day 2012”. ACH Volley was one of the ambassadors of the campaign in the country, an action that was also supported by Slovenia’s Head of State Danilo Türk.

ACH Volley found itself in good company. Among the recipients was also Iztok Čop, the most successful Slovenian Olympian since the country proclaimed its independence in 1991, and SKB Bank, the main sponsor of Slovenia’s Olympic Team since 1993.