Hypo Tirol INNSBRUCK that expects a very tough campaign and a fight will play in the 2013 CEV Volleyball Champions League - Men against Zenit Kazan, VfB Friedrichshafen and Knack Roeselare in Pool A. Stefan Chrtiansky gave his impressions. 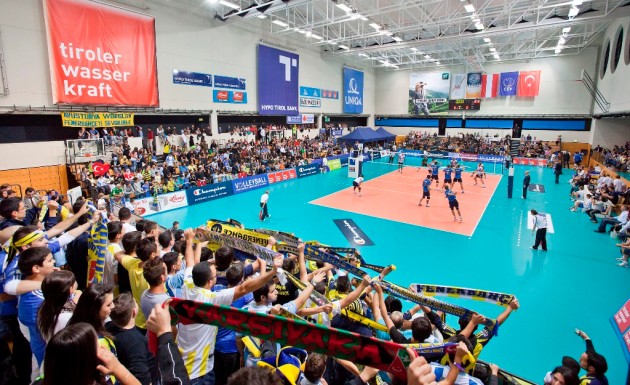 Although Russian giant Zenit KAZAN seems out of reach for the other teams in Pool A, Hypo Tirol is ready to battle with VfB FRIEDRICHSHAFEN and Knack ROESELARE for the second place in the standings of the group. The home opener against the neighbors from Germany on Wednesday could therefore already be a very deciding one. Especially at home each team will have to perform well and come out with a win or at least a point to stay in contention for a spot in the Playoffs.

Looking back at the Champions League history of Hypo Tirol, their biggest success came in the 2009/2010 season as the Tyroleans made it out of Pool play and played the guys from the Bodensee in the Playoffs 12. And the fans and supporters have this match in Innsbruck still in great memories since the team of head coach Stefan Chrtiansky came out strong with a 3:0 win and qualified for the Playoffs 6 even after losing 1:3 the week before in Germany.

The teams are quite different and also the situation has changed since this time it is not an elimination round. Nevertheless the sport audience is still hoping for a similar atmosphere and performance.

Team Manager Hannes Kronthaler says: “We are playing at home and we showed a strong performance in the last round of the Middle European League. If we are able to play on top of our game I see a fair chance also on Wednesday for us to win. They have a good team but I also believe in our players and I think the outcome of the game is wide-open.”