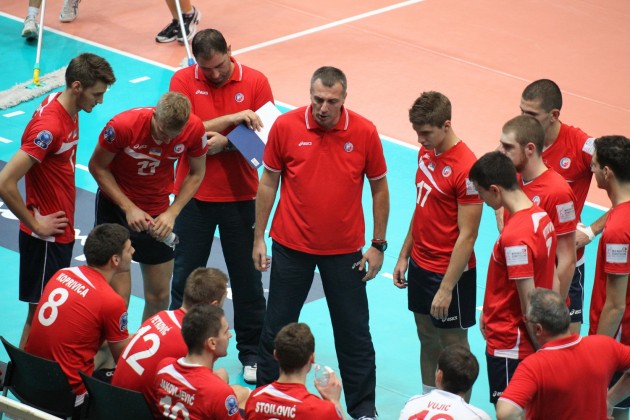 Crvena Zvezda is back in Europe’s most elitist competition after four years of absence with a group of young and very talented guys who did not disappoint in their debut this past week in Italy. “We played against the best team in the world and we eventually lost focus in some moments; we also felt much pressure as we wanted to display a good performance” says diagonal player Dusan Petkovic.

The Serbian national champions feel ready to play their second match, this time before their home fans. “We are totally aware of the strength and quality of our rival, as Zaksa comes from a very strong national league. If you have a look at their roster, you clearly see that every position is well covered. They have an excellent setter, Pawel Zagumny, great outside hitters and French opposite Antonin Rouzier. I was not that happy to know they were assigned to our group but that’s the way it is” adds Petkovic. “We need to work on our current weaknesses and play our best in every single match, knowing that the result does not only depend on us given the quality of our opponents.”

Zaksa is returning back to Beograd after playing another Serbian side in last year’s edition, namely Partizan Termoelektro.

FRA W: The results of the 4th round of Ligue AF