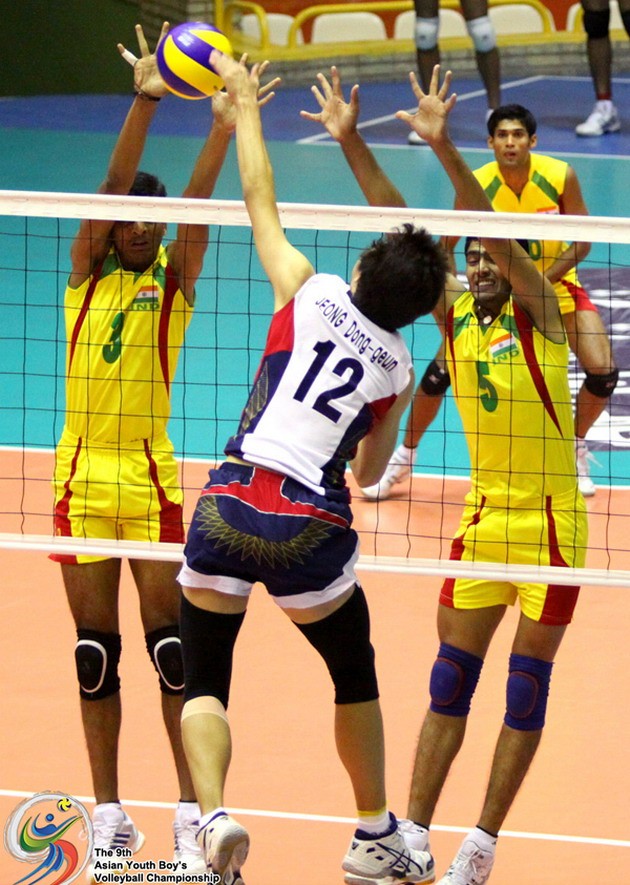 With the victories, the four teams also booked the tickets to the FIVB World Youth Boys’ Volleyball Championship in Mexico in 2013.

Korean boys easily took the first two sets but India rallied back with strong attacking to level the set at 2-2, forcing the match into the tiebreaker, in which Korea and India exchange lead until 20-19 when Capitan of Korea Jeong Dong-Geun blew a sharp spike to win a crucial point. Jeong Dnog–Geun and Suraj G. Naik both claimed 25.

Head coach of India Abhimanyu Singh commented “Both played well, in tiebreak we were in edge of win three times, but we were not lucky.”

Korean head coach Kim Young-Il remarked “Our Capitan was ace player in our team. I am satisfied with all my players and we are very happy to be qualified for the World Youth boys Championship of 2013.”

9th to 10th: Australia vs. Kazakhstan

Belgium: Young players under the spotlight in...