MNE: Montenegro announced “Players of the Year” and “Most Promising Players” of 2017

The Volleyball Federation of Montenegro announced the names of the best and most promising Volleyball players of the Year 2017. 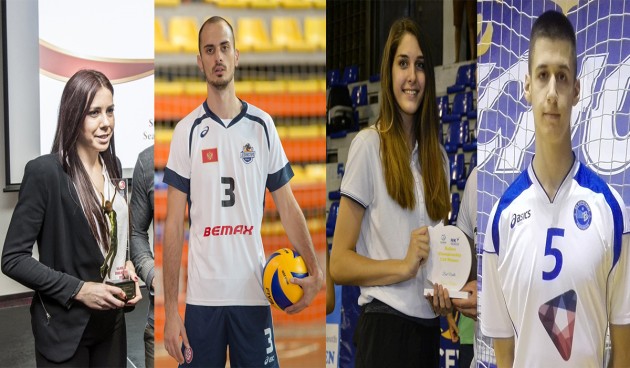 Jovan Delić of Jedinstvo Bemax BIJELO POLJE received the award for the best male player while the best female player of the year is Milana Rovčanin of Luka BAR.

The 16-year-old Nemanja Peruničić received the award for the most promising male player after competing with the senior team of Buducnost Capital Plaza PODGORICA as well as with the national team of Montenegro across as many as three age groups. On the other side,  Mina Dragović won the corresponding female award with the 17-year-old having claimed silver and bronze from this year’s Balkan Championships in the youth and junior divisions, respectively.

CL M: Atanasijevic was the most productive in Round 1