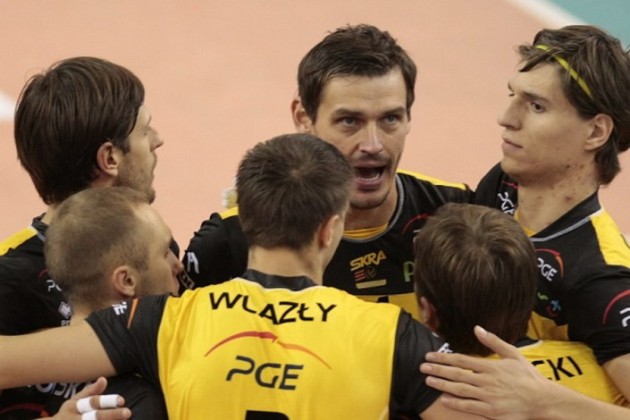 PGE Skra Belchatow volleyball players defeated in Olsztyn Indykpol AD and they were promoted to first place in the table of the PlusLiga. For the Bełchatów team debuted 18-year-old attacker Maciej Muzaj.

PGE Skra coach this week spared the main players in the Champions League match, Michael Winiarski, Daniel Pliński, Wytze Kooistra, Mariusz Wlazły and Dante Boninfante were not sent to Istanbul to meet with Fenerbahce. Today in Olsztyn not played only Kooistra.

In none of the three sets in the Belchatow hall PGE Skra had not problems with reference victory. Only in the first set Indykpol AD took the lead 4-0, but for a while it was 8:7 for PGE Skra. And then Belchatow clear and highly won.

Fortunately, in the fourth set PGE Skra not made any mistake. Bełchatów team won decisively and saved in theyr account the next three points.

In Olsztyn Maciej Muzaj,rookie, played the whole game. Recorded in his account not only successful attacks, but also aces. PGE Skra certainly will have a lot of benefit from it.