The first game in 2013 for the Effector Kielce was successful. We are motivated after the match in Warsaw and holiday rest said Adrian Staszewski before meetings with Polish champion Asseco Resovia. Recall that in the Polish Cup rematch between the two teams will be played on Wednesday in Rzeszow. This and other volleyball news read on Worldofvolley.com. 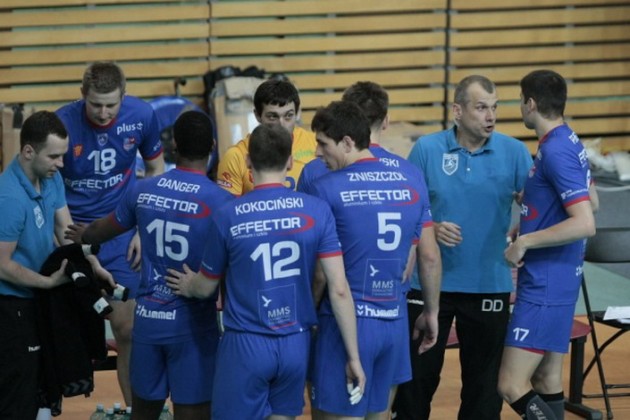 During the start of the PlusLiga you are defeated at home against AZS Politechnika.

Adrian Staszewski “Yes, we were able to repay the lost game against AZS Politechnika at the beginning of the season. I think the extra motivation was unexpected victory against Indykpol AZS Olsztyn. Olsztyn team is the opponent, which is right behind us, so the more we wanted to increase the distance in points. We are so very pleased with the victory in Warsaw“.

You play with Asseco Resovia in the Polish Cup and PlusLiga. What could be your recipe for Polish champions?

“Rzeszów has a pretty big advantage in points. Playing with such adversaries we have to take double the risk in our game. Every mistake made by our team will decide on the final result.

On the website of your club you can read about the five nominations in the poll Effector players sports Sports Stars Holy Cross in 2012. How would you evaluate the position and popularity of volleyball?

“Without a doubt, handball is the number one sport in the Kielce club is associated with long-standing traditions and successes, so it will be hard to win this competition. Still, I think volleyball is becoming increasingly popular sport in Kielce, as evidenced by the number of fans in the hall during our meetings. I think that the popularity of volleyball in the region will increase”.

The match in Warsaw was your first encounter in the new calendar year. How much time you received for Christmas and New Year holidays?

“In summary, we have received two days of rest. in our case they are “up” for two days because a longer rest is associated with difficult back onto the pitch. At the present time schedule is very tight, so we can not afford a long holiday now”.