Tauron MKS DABROWA GORNICZA – that is set to compete next week in the Challenge Round of the 2013 CEV Volleyball Cup playing Fenerbahce SK ISTANBUL of Turkey – suffered its first setback of the New Year by losing to Poland’s vice champions Bank BPS Fakro MUSZYNA 1:3 in the first round of the national league played after the Christmas break. Read latest volleyball news on Worldofvolley.com. 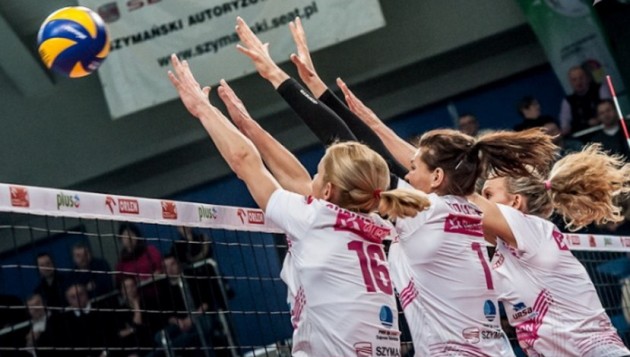 Tauron MKS caught actually an excellent start but suddenly stopped playing by the score of 21:18 in the opening set thereby paving the way to MUSZYNA for a provisional 0:1 lead. Sanja Popovic and Agnieszka Bednarek-Kasza stood out for the guests who scored 11 aces through the game, this fundamental turning into their key to success.

“This is one of the most important fundamentals in Volleyball” said MUSZYNA head coach Bogdan Serwinski after the match. “And we have a few players who are extremely effective from the serving line” he added.

Actually it was not just the serve to make the difference, but also the block, with MUSZYNA registering 16 in the end. Tauron MKS got the opportunity to re-open the match in set 4 going up twice (6:4 and 16:15) but it was not enough to call for the tie-break.

“They served extremely well and this made the difference for sure, as we only had 2 aces vs. 11. We had joined this match by displaying the right attitude but we feel sad and disappointed now” said Tauron MKS team captain Magdalena Sliwa.

FRA M: NARBONNE won but SETE was knocked out of the French Cup