In the Playoffs of the Poland’s women’s national league Atom Trefl SOPOT will be playing PTPS PILA in the 1/4 finals. They ended thei campaign in the CEV Volleyball Champions League where their campaign ended in the Playoffs 12. They will play some friendly matches with Siodemka LEGIONOWO. Adam Grabowski shared his thoughts. 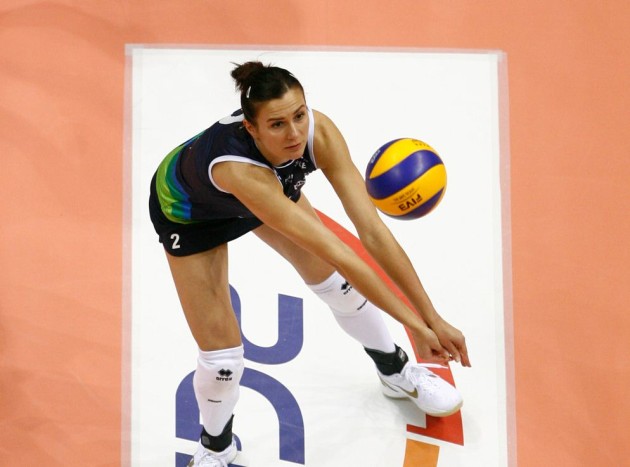 “In my opinion we had only a couple of surprises in this year’s national league. One is positive, PTPS PILA, and the other, Impel WROCLAW, is negative” Atom Trefl SOPOT head coach Adam Grabowski says. “Of course we shall not forget the situation of AZS BIALYSTOK whose roster has been reduced to only a very few players because of the financial problems this club has been confronted with. As for our team, our major strength is Rachel Rourke. She has scored the most points for us but I am particularly happy that she is also the best scorer of the national league” he adds.

Atom Trefl settled for fourth place at the end of the regular season but this does not disappoint the head coach. “I think it is too early to draw a line about this season. If someone starts well but then finishes the year at the bottom of the charts, their good start will be forgotten. The Playoffs count the most. The matches we played with Bank BPS Fakro MUSZYNA, Tauron MKS DABROWA GORNICZA or Impel WROCLAW were nevertheless not the best we could ask for” Grabowski stresses.

If Atom Trefl edges PTPS PILA in the 1/4 finals, they will most probably play Bank BPS Fakro in the next round. The semifinal would hence turn into a remake of last year’s Championship series. “MUSZYNA will be a tough opponent but we’ll play our best to advance to the final stage once more. It’s not only about Rourke, every player will have to give her contribution in order to retain the title the club won last year” concludes the Polish mentor.