Dan Lewis will play for Polish vice champion ZAKSA Kędzierzyn-Koźle in the season 2013/2014. 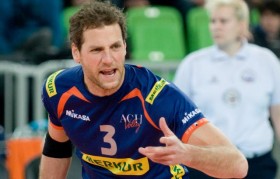 A 37-year-old player, is at the moment with the national team of Canada at the FIVB World League Final Six in Argentina playing as a libero, but in the new club he will play as the receiver. Lewis has already played in ZAKSA in the season 2008/2009.

In Poland he is known not only as a member of ZAKSA, but also as a meber of PGE Skra Bełchatów. In the past, he also played in French clubs: Spacer de Toulouse and Montpellier Université Club VB.

Lewis’ main characteristic is a very good reception. Last season he was ranked 10th among the best receivers in the Champions League.

Find out more about Dan Lewis.