Do you remember Dorota Świeniewicz?

Dorota Swieniewicz, former member of the Polish National team was of the best players which Poland had in history. In 2012 she ended her volleyball career and became a coach. 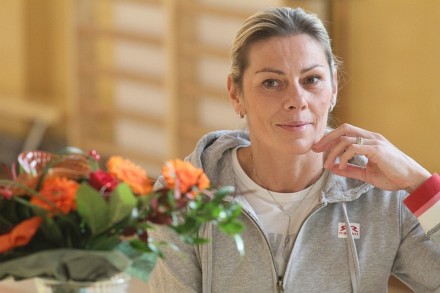 Today, Dorota is the assistant coach of Jack Pasonskiego in Sparta Warszawa. She stayed in volleyball and what is more important, she is not selfish, she wants to share her knowledge and experience with young players. She also has her own foundation.

Before that, in season 2012/2013 she was the assistant coach of Miroslaw Zawieracza in the team PTPS Pila. She studied the coaching job from Giovanni Guidetti, Ze Roberto and Daniel Castellani.

In 2006 she decided to take a break from volleyball. On the first of March 2007 at 9:40 Świeniewicz gave a birth to a son. In April, Świeniewicz came back to sport, she started training in her ex club – BKS Bielsko-Biała. In that time the Polish coach, Marco Bonitta, chose her to play for National team at Montreux Volley Masters tournament.

PHOTO OF THE DAY: Victorious selfie of Perugia