On the wings of qualifying in the Polish Cup semifinal, Lotos Trefl Gdańsk was successful in Plus League as well. 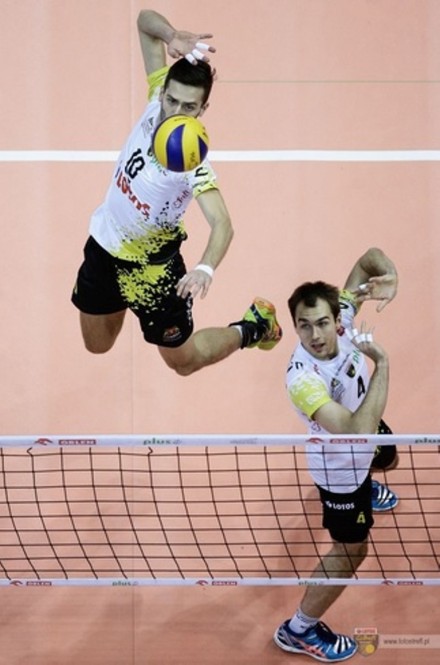 Murphy Troy, the most deserved for Trefl’s stunt in the Polish Cup, was the best scorer again – 18 points. He was followed by Mateusz Mika (17). Jeroen Trommel had 12 while Dmytro Pashytskyy and Szymon Romać scored 11 points each for Lubin.

Marko Ivović with 19 and Jochen Schöps with one point less were the best in Resovia, who temporarely settled at place No.1. Bartosz Krzysiek collected 17 and Mateusz Bieniek 12 points in Effector.

Both teams were in an outstanding form before the clash and the fans could expect to see an exciting duel. However, they were a bit disappointed because it was one-sided, but still they could be joyful – their favorite team won.

Although Transfer gave the local team a lot of problems in the first set, after the second technical time-out when Nicolas Maréchal came to the service line, it was all over. Bełchatów created the gap – 20-14 – and Transfer did not manage to come back until the end.

Facundo Conte scored 15 and Mariusz Wlazły 14 for the winning team. Jakub Jarosz collected 13 for Transfer while all the other players stopped at 4 points at the most.

How to cheer up your team? (PHOTO)