Italian Perugia made a huge step towards second round of playoff after beating home team of Jastrzębski! 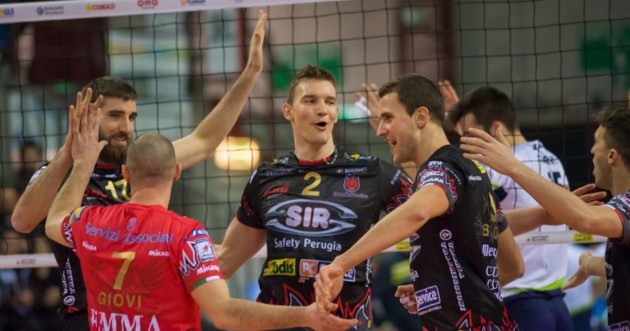 The Champions League playoff continued on Thursday and the opening match was between the Polish KS Jastrzębski Węgiel and Sir Safety Perugia from Italy.

In the decisive set, Perugia quickly built a substantial advantage (2-5).

Jastrzębski’s coach Roberto Piazza had to make some changes in order to reach the rivals. Michal Masný returned on the court and Mateusz Malinowski replaced Michał Łasko, who had one-man-show most of the match.

After a successful attack by Alen Pajenk, home team approached to 5-7, but the two „shotguns“ from Perugia – Christian Fromm’s and Aleksandar Atanasijević’s – returned the advantage to the Italiam team (6-11).

Jastrzębski fought to the end (from 6-10 to 11-13), but eventually the team from the capital of Umbria region won.

Christian Fromm was unstoppable in Perugia with 27 points, followed by Aleksandar Atanasijević (22).