Junior staff under the guidance of coaches Jacek Nawrocki and Maciej Zendeła is staying in the camp in Nowym Dworze Mazowieckim and this is one of the stages of the preparation for the championships in this age group (24.8-2.9. 2012), which Poland will co-host along with Denmark. 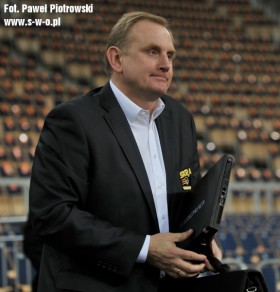 “Training in Nowym Dworze Mazowieckim began on 22 of June and we will be here until Saturday. On that day, we fly away to Finland, where we plan to play three matches with the junior team of this country” Jacek Nawrocki said.

Polish team will return to Poland on 5 of July and two days later will travel to Italy, where they will play more friendlies.

“There are some players that are certain, but the selection lasts all the time. We want to give the chance to the greatest group of guys. The players work very hard” Nawrocki said.

national team for the matches with Finland: