One of the most prominent middle blockers in Polish championship, Ukrainian Dmytro Pashytskyy, is trying to receive the citizenship of that country. 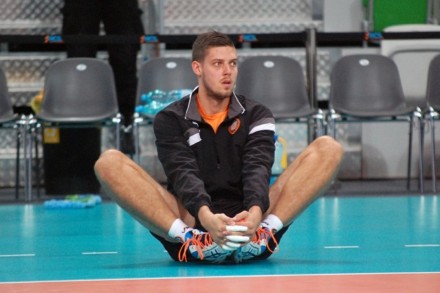 According to his agent, new player of a Polish title holder Asseco Resovia Rzeszów already had some conversations with the Polish Volleyball Federation although he’s in Poland only since 2014.

The whole process of changing the federation membership takes at least a year, but a big plus for Pashytskyy is that he has never been called to play for Ukraine or any other national team.

His agent also emphasized that Pashytskyy wants to tie his future to Poland and that is the reason number one why he wants the citizenship. Only then comes everything else.

Currently the most famous case of changing national team is also happening in Poland – Wilfredo León’s.

Resovia’s management confirmed that it is familiar with the desire of Ukrainian, but denied it had an influence on the decision to hire him.

It might go through this season, but Plus League board members initially agreed that the in the season 2017/2018, the players with dual nationality will be treated as foreigners.

Dmytro is a great player.

He is the best middle blocker in Plusliga, scored the record of blocks in whole league. 116 while Nowakowski 83