Zaksa have won the Polish Championship!!! 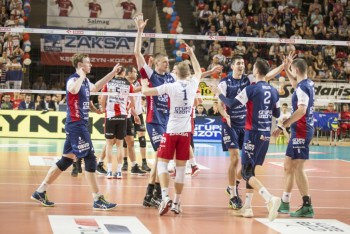 They have finally done it! After 13 years of waiting, Zaksa are the champions of Poland once again! Head coach Ferdinando De Giorgi and his men completed a fantastic season with a dominant performance in the final series in which they outplayed Asseco Resovia by 3-0 in victories!

The championship trophy will therefore move from Rzeszow to Kedzierzyn-Kozle where it will stay for at least one year!

Looking at the entire season this was an expected ending. Zaksa have simply been the best team in Poland throughout the whole campaign, in which they seized the top spot in the Regular Season on a really dominant way. Finally, when they needed to confirm their supremacy, they played three superb games and completed a sweep against the former champions Asseco Resovia.

At the same time, PGE Skra Bekchatow have won the third place after closing the series against Lotos Trefl Gdansk by 3-0 in wins.