written by WoV May 21, 2016 source: jastrzebskiwegiel.pl

“We are pleased to announce that our club has signed contracts with two new players at the position of receiver” confirms the official website of Jastrzebski. 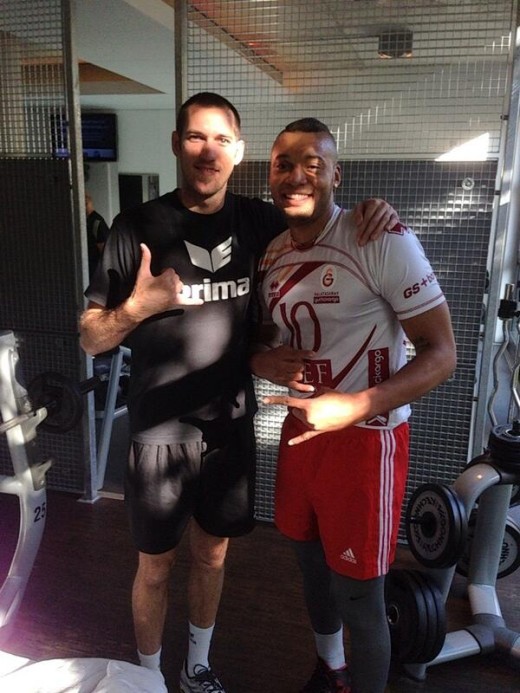 The first one is Scott Touzinsky, 34-year old American receiver. He is a very successful player with a rich trophy room. With the U.S. national team in 2008 he won gold medals at the Beijing Olympics and in World League. In the last season he was a member of Chinese Shanghai while in season 2014/2015 Touzinsky won the bronze medal with BR Volleys at the Champions League Final Four.

“Touzinsky is a typical American volleyball player! It means he has a great personality, character and willingness to take the challenges. Wherever he is, always attract success. Including Olympic gold. I know him very well, I worked with him in BR Volleys and Lennik. I’m happy that he is with us” says head coach of Jastrzebski Wegiel Mark Lebedew.

The second signing is Cuban born player Salvador Hidalgo Oliva. The 31-year old has German citizenship as well. He is real volleyball globetrotter, who played in many countries throughout his career – Germany, Qatar, Turkey, China, Russia and Saudi Arabia.

“Hidalgo was born in Leningrad at a time when his parents were studying in Russia. Afterwards, he lived in Germany. He is a physical player featuring a strong service and a strong attack. I’m glad that he will be able to present himself to a wider audience in Plusliga” says coach Lebedew, who worked with this player for one season in Berlin as well.

ROAD TO RIO W: Most powerful scream ever in volleyball? (VIDEO)

ROAD TO RIO W: Great save by Sato, but Kimura… (VIDEO)