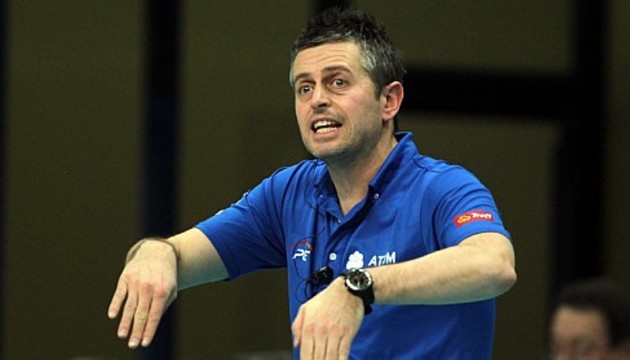 Chiappini’s decision to become a coach of Proxima instead of Zenon Matras came as a huge surprise. Proxima is newly formed club, rookie in Division 2, who purchased a spot in this competition from Silesia Mysłowice. Earlier, Proxima sponsored volleyball sections of Wisła Kraków in Division 4.

A 47-year-old Italian Chiappini is a well-known coaching name in his country, but also abroad. From 2010 to 2012, he led Trefl Sopot, with whom he won gold and silver medal in the Polish Championship. Moreover, Chiappini was head coach of the Turkish Women’s National Team. His last engagement on a club level was with Italian Imoco Conegliano, where he cameduringin 2014/2015 mid-season.

After eight matches in Division 2, Proxima are settled at fourth place in the table and Chiappini’s goal will be to try to qualify the club for the Polish top division (OrlenLiga).

ITA M: Why wait for the 3rd touch, when Ngapeth can finish the rally much earlier (VIDEO)