POLISH CUP M: Skra blow away Resovia in their 300th encounter, Warszawa, Zaksa and Trefl at F4 as well

The composition of the teams for the Final Four of the Polish men’s volleyball cup has been established after sudden death quarterfinal encounters. 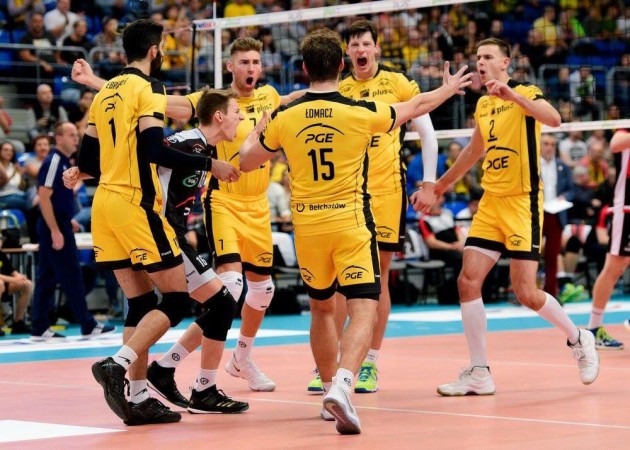 A derby of the quarterfinals in the Polish men’s national cup was held in Energia gymnasium in Bełchatów in which two giants collided for the 300th time, including all competition, PGE Skra Bełchatów and Asseco Resovia Rzeszów. The hosts swept the big rivals by a 3-0 (26-24, 25-20, 25-17) with their player Bartosz Bednorz winning the MVP of the match award.

In the semis, Skra will face ONICO Warszawa who prevailed against Jastrzębski Węgiel 3-2. The MVP award came into hands of Warszawa Frenchman Antoine Brizard despite his teammate Bartosz Kwolek scored game-high 18 points. Maciej Muzaj made 25 for Jastrzębski.

Zaksa Kędzierzyn-Koźle, the defending trophy holders, also achieved the promotion to the Final Four as they outplayed Division 2 side APP Krispol Września in straight sets. Their rivals in the semifinals will be Trefl Gdańsk, who defeated another Division 2 club Stal AZS PWSZ Nysa with the same result. Mateusz Mika scored 15 points for Trefl and was announced MVP. Łukasz Owczarz scored 13 points for Stal Nysa.

The final tournament of the Polish Cup will take place in Wrocław, on January 27-28th.

PER W: Defending champs Regatas replace one American blocker with another

WHAT A SAVE!!! Once again Earvin Ngapeth focuses spotlights on himself (VIDEO)