POL M: Dante Boninfante – “I give my best”

Dante Boninfante had debut for PGE Skra Belchatow. "I have to admit that playing a good match in Warsaw wasn't possible this time", he said after the game with AZS Politechnika Warszawska. 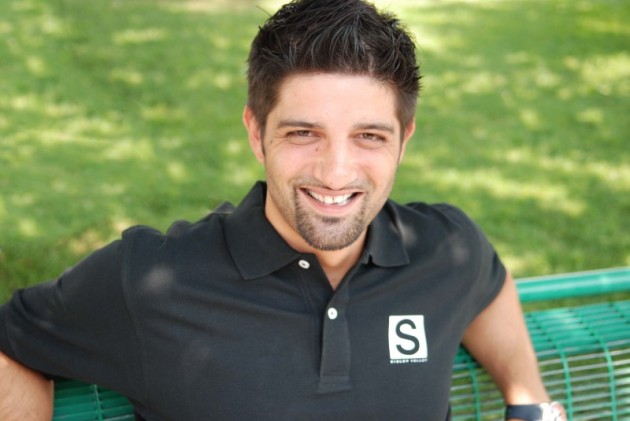 How is it possible, that setter who scored the third place at the Olympics and player in such teams like Piacenza, Sisley or M. Roma couldn’t find club for so long?

“In Italy clubs don’t have money because of crisis. When the manager of Roma decided to not start in Serie A it was to late to find a team in Italy. Most clubs have bought setters and no one needed another one. The only chance for me to play at good level was going abroad.”

I know that you had an offer from club from Sora which is playing in Serie A2.

“Yes it’s true, I trained there for a short time. They wanted me to sign a contract, but I refused. I didn’t want to be in the second division.”

Some time ago you mentioned that perhaps this season play in Poland. Were there any other offers?

“No, I had a proposal to sign a contract only from Belchatow. It was the only offer, but the one which couldn’t be rejected. It’s a good, strong team, about which I have heard a lot. Skra is one of the most important clubs in Europe, which starts in European cups and it’s also important.”

You came to Poland on Tuesday, you didn’t have too much time to get used to the team.

“Yes, but I had the chance to meet everyone and to train with the whole team. I have to admit that these workouts are really tough, but I give my best. I was accepted, everyone is very nice. Well, this is just the beginning of my adventure in PlusLiga and I am convinced that if I put in a proper job, then my co-operation with other players will get better.”

Your debut in PlusLiga wasn’t a success. How would you assess this game?

“PlusLiga is really strong. In the match with AZS Politechnika Warszawska we had to work hard to achieve a positive result. We failed because the enemy place high demands on us. I already knew that the league is balanced and that AZS is a difficult opponent, and the game only strengthened me in this opinion.”

But your appearance on the pitch, after only two days with the team, was probably a surprise also for you.

“I didn’t expected it at all. Setter should be tuned with the team, and it’s hard to make this cooperation good after only two days. During the match the coach was looking for any solution to improve our game, and I therefore had the opportunity to debut. If coach is satisfied with my performance and if I will work hard, I am confident about my future. Although I have to admit that playing a good match in Warsaw was not possible this time.”

Do you want to say that your goal for the season is to be the first setter of Skra Belchatow?

“I don’t know if I can do that. We have a good team, and I have a difficult opponent in the battle for the starting lineup. Each of us will be doing his job as best as he can.”

GER M: BR Volleys before the derby against Netzhoppers