Asseco Resovia Rzeszów will, allegedly, make a true revolution when it comes to the roster for the next season. 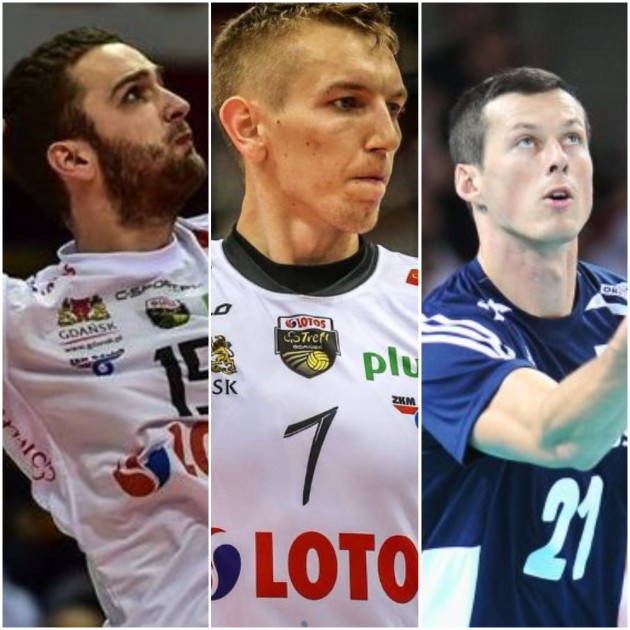 According to sport.trojmiasto.pl, Resovia aimed Trefl Gdańsk duo Mateusz Mika – Damian Schulz for the 2018/19. In addition, Rafał Buszek, who currently competes for Zaksa Kędzierzyn-Koźle, might also come to the club. This likely means Resovia will part ways with Aleksander Śliwka.

The outside hitters Mika and Buszek used to wear the jersey of Resovia earlier. Mika had a valid contract with the Rzeszów club until 2014 despite the fact he spent two seasons on the loan (in Trefl and Montpellier Volley Université Club, France) before signing with Trefl in 2014 for good. This season, he had injury problems (with one of his knees), missing several games this season.

Buszek was a member of Resovia two times, 2010/2011 and 2014/2015. Rumors say that besides Buszek, the Puerto Rican opposite Maurice Torres will leave Zaksa as well, but the titleholders already prepared a replacement for him.

As for the opposite Schulz, he is one of the best players in the 2017/18 Plus Liga with seven MVP of the game awards and 453 points scored (the third best scorer in the league).

Buszek is outside hitter, not opposite.

Resovia needs superb setter to fight for not only trophy of the Plus Liga but also medal of the European cups. Lukas Tichacek and Michał Kędzierski is too weak to achieve the goals.

Re: @Bax How so? Reigning MVP and best receiver of Polish Cup Schulz and Mika? Those players can’t be just middle quality.

Take into account Resovia’s starting middle blockers are injured. Mozdzonek is old.Lemanski is a glass wall and inexperienced. I don’t like that Sliwka is going. Rossard should leave because they need stronger central, a good setter and maybe a better libero to compete with Zaksa and Skra.