Check out some of the latest men's volleyball transfers and rumors in the 2018 summer transfer window from Polish Plus Liga for June 18, 2018. 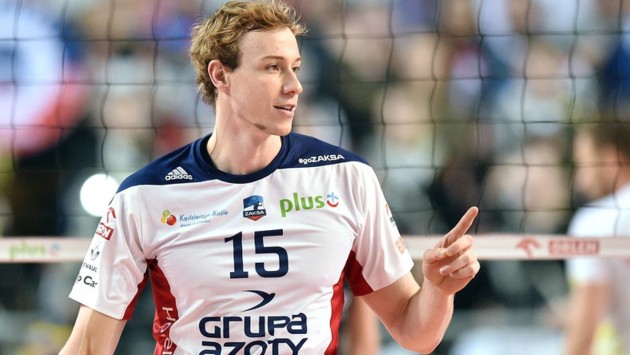 Zaksa Kędzierzyn-Koźle completed the outside hitter’s department. The 2017/18 Plus Liga runners-up announced the contract extension with Belgium national team player Sam Deroo (the second best scorer of the team last season with 355 points), and the hiring of a prospect Canadian player Brandon Koppers (Best Outside Hitter of the 2015 Junior Pan American Cup) from the McMaster University volleyball team Marauders. Deroo and Koppers will form outside hitter’s department of Zaksa in 2018/19 with Aleksander Śliwka and Rafał Szymura.

Kacper Piechocki extended his contract with PGE Skra Bełchatów for two more years. A 22-year-old libero has been the member of the club since 2014 after previously spending a few years on loans. Thanks to his notable display in the 2017/18 Plus Liga playoffs that ended with the championship title for Skra, Piechocki was summoned to defend the colors of Poland national team in the 2018 FIVB Nations League. He is the son of the club president Konrad Piechocki.