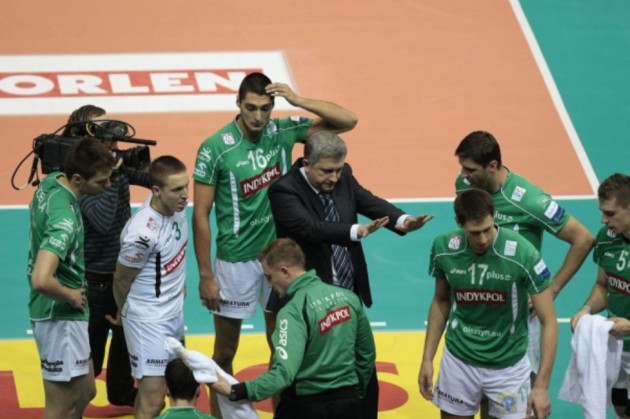 – Indykpol AZS Olsztyn won points. In addition, Piotr Lukasik returned, and did not disappoint. You had a lot of confidence in him.

– I am glad that despite the nerve ending sets, Piotr Lukasik stand and played very maturely. He played well in attack, good in blocking. I knew he was ready to play, because I watched him for three weeks, when he started to train. Piotr Gruszka and him complement each other well. Piotr Gruszka gives the team and the so-called peace. routine. Lukasik brings youth and energy. I am very pleased that yet another player is back to the large group of my young players.

– After this good series we hope that AZS Olsztyn will be higher in the standings than last year?

– I look forward to it. Five games we played really well. Gain points. We want to maintain this level and advance to the eight place. It would have been a lot of progress for us. Truth be told this is a goal that we set ourselves. There was a moment of doubt, where we didn’t win points. But for some time, we play really well.

– Three weeks ago, Piotr Gruszka joined the team. How is his impact on the team?

– Piotr Gruszka was hungry for the game. We made him a concrete proposal. We knew that this young team needs the support of such an experienced player. Piotr is still outstanding, he gives the team calm composure. He always has some advise, something to tell the players. The boys are gazing at him as a picture. He gives them guidance during a match and in training. He talks a lot with them after practice. His advice is invaluable.

Verbov – “With Wilfredo Leon, Poland is...