Russia’s Omichka OMSK REGION will be hosting this Wednesday Romania’s 2004 Tomis CONSTANTA in the second round of play for the Challenge Round of the 2013 CEV Volleyball Cup after claiming last week an important 3:1 away win in Romania. Read latest volleyball news on Worldofvolley.com. 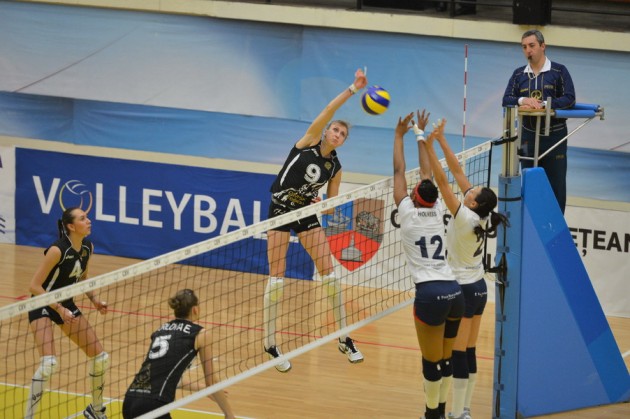 Still the return match is to be taken seriously as CONSTANTA is a double national champion – in 2011 and 2012 – and last year had made it to the semis of the CEV Volleyball Cup.

Omichka will be playing for a home win to stretch their invincibility – they haven’t suffered any defeat at “V. Blinov” complex so far in the European Cups – thereby trying to avoid the risks resulting from an eventual golden set. Omichka has displayed a series of great performances so far in the competition with Natalya Mammadova and Nelli Alisheva topping the charts of the best scorers with 95 and 58 points respectively. Three players of Omichka also top the standings of the best blockers, with Mammadova (16) well supported by Ekaterina Orlova (11) and Yuliya Podskalnaya (10). Moreover, Podskalnaya and Bojana Zivkovic sit in third place in the charts of the best servers with eight aces apiece.

While Tomis was relegated to the Challenge Round of the CEV Volleyball Cup after finishing third in prelim Pool C of the 2013 CEV Volleyball Champions League – whose charts were topped by Dinamo KAZAN and SCHWERINER SC – Omichka OMSK REGION has edged Jedinstvo BRCKO (BIH), Igtisadchi BAKU and Baki-Azeryol BAKU in the previous rounds of the CEV Cup.

This is the fifth appearance in the European Cups for the club from one of Siberia’s largest cities with the debut dating back to the 1994/1995 season by the time this side was still playing under the denomination Spartak OMSK.