Atom Trefl SOPOT was recently voted – at the end of a web polling joined by many fans – as Team of the Year 2012 in a contest that was open to all teams based in the cities of Sopot, Gdansk and Gdynia. Atom Trefl eventually edged in this special contest even Poland’s national champions in basketball and handball. This and other volleyball news read on Worldofvolley.com. 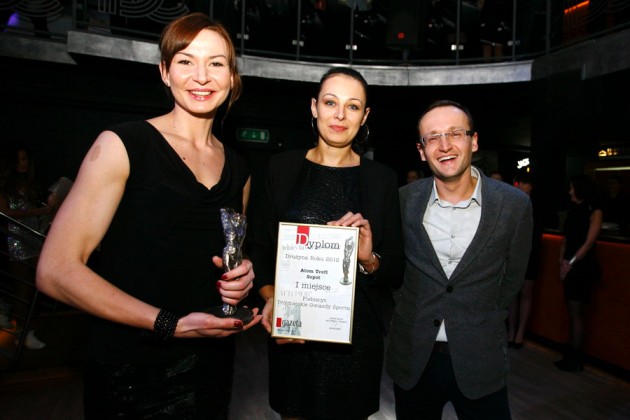 This was the second consecutive year Atom Trefl claimed that award; last time they did so after losing the Championship series but this time that distinction was given to the reigning Poland’s national champions.

“Two years ago we had finished second and last year we eventually claimed the national league, and our intention is to retain this title by the end of the current season” says club president Tomasz Slodkowski. “What’s more, the national cup is not included in our showcase and hence this is an additional goal we have set for this season”.

“This is only my first season with Atom Trefl but I am very proud of this award and I hope we’ll finish the current season on a high note as well” adds middle blocker Dorota Pykosz.

Atom Trefl SOPOT edged in this special contest handball club Vistal Laczpol GDYNIA and the basketball players of Asseco Prokom GDYNIA that won last year’s women’s and men’s national league in their respective sports. However, this was not the sole honor assigned to the club as Alessandro Chiappini finished third in the standings for the “Coach of the Year” while Margareta Kozuch ended up in sixth place in the contest for the “Best Player”.