WCHY M: Russian coach – “I have two best U19 players in Europe“

Russian coach Alexander Karikov sent a warning message to the opposition they will be facing at the FIVB U19 Boys’ World Championship. 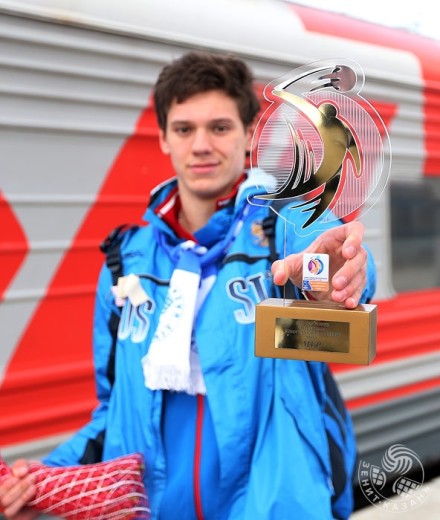 While praising the overall talent of the team he will be handling during the competition,  Karikov high-touted the athletic ability of star players like Victor Poletaev and Pavel Pankov, both whom he considers the best players in Europe at this age-group category.

“Poletaev was the Most Valuable Player of the last European Boys Championship when Russia won the title for the fifth time,” Karikov said. “He is a terrific player with great leap and heavy attack and to me he is the best in Europe among players of his age.”

Karikov remarked that his squad is young but the players have had the experience of competing against a very strong opposition during the European tournament.

Russia is competing in Pool C of the 20-team tournament along with Asian Champions Iran, Finland, France and Rwanda. In the history of the event, they have twice won the gold in 1999 in Saudi Arabia and 2005 in Algeria.

To read more about this competition click on Youth World Champinship 2013 M.