Better late then never. Alexey Kazakov signed a contract with Zenit last summer, and now he reveals for Russian media that he could do the same thing ten years before. 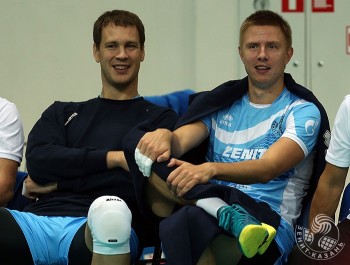 “In 2003 I had an offer from Zenit. But, in that time I played in Italy and had a contract with Trentino. Many years have passed and Zenit called me again. I couldn’t reject them second time – said Kazakov.

Experienced middle blocker (37) played for Iskra, Modena, Trentino, Ural, Lokomotiv and Dinamo Moscow in his career. He explained why he choosed to continue in Zenit:

“I really wanted to play under the guidance of coach Vladimir Alekno. Also, I liked the fact that the club will play in Champions league and has the ambition to fight for trophies – concluded Kazakov.

For more information from this country click on Russia.