Russia’s rookie Omichka OMSK REGION will be hosting Turkey’s Eczacibasi VitrA ISTANBUL on February 6 for the first round of the Playoffs 6, the very last step on the way to the Final Four Tournament of the 2014 CEV DenizBank Volleyball Champions League – Women which is set to take place through March 15-16 in Baku, Azerbaijan. 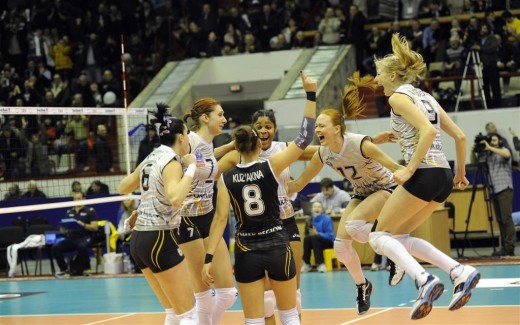 After ending up the prelims in second place in Pool A whose standing was topped by Rabita BAKU, Omichka edged past another rookie in Europe’s elite competition, Italy’s Prosecco Doc–Imoco CONEGLIANO, storming back after an away defeat to claim a 3:0 home victory and the golden set that followed.

Omichka has already written history being the very first team from Siberia to compete in the Women’s Champions League. This way the local fans got to see some elite teams such as Rabita BAKU, BEZIERS Volley, DRESDNER SC and more recently Prosecco Doc–Imoco CONEGLIANO at the “V. Blinov” sports complex.

The next star-studded team set to travel to Siberia’s second largest city is Eczacibasi VitrA ISTANBUL, a major force to be reckoned with on the way to the Final Four Tournament. Eczacibasi is a multiple winner of Turkey’s national league (28 titles) and will be hosting the second round of the Playoffs 6 on February 13 at the Burhan Felek Volleyball Hall.

BUL M: Can anyone outscore this setter?