These days you could read about Gamova’s future, but this story has ended today! There is no space for rumors anymore. 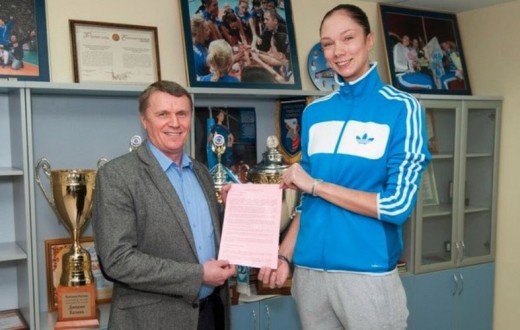 The Russian opposite Ekatarina Gamova will play in Dinamo Kazan for another season. This is the great news for fans of Dinamo, who will enjoy in world class volleyball in 2014/15 season.

With the team from Kazan, Gamova won three consecutive Russian championship tittles (2011, 2012, 2013) and they are absoulte favorite do claim one more trophy in domestic league again.

This year, Gamova won the CEV Champions league trophy, and it was the only one trophy that missed in her career.