Dinamo Kazan has had a busy build up to the FIVB Volleyball Women’s Club World Championship Zurich 2014, which begins on May 7. Coach Rishat Gilyazutdinov’s players qualified for the final of the Russian championship with a third victory against semifinal opponents Dynamo Krasnodar. 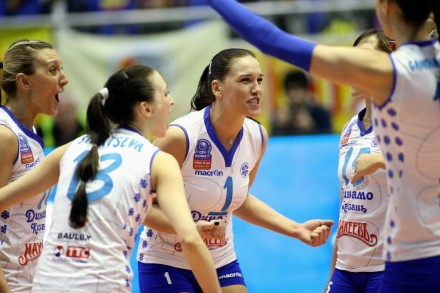 The final of the Russian championship has been scheduled for later this month. In the meantime, Dinamo Kazan, who is the 2014 CEV DenizBank Volleyball Champions League winners, will be participating in the Club World Championship.

The Russian giants dethroned the reigning champions from Vafikbank Istanbul to win the European Champions League and qualify for the Women’s Club World Championship. With Russian internationals on their team, including captain Maria Borodakova and Ekaterina Gamova, and the USA’s Jordan Quinn Larson-Burbach, the team from Kazan is among the competition’s favourites. Dinamo Kazan plays Hisamitsu Springs in Pool B on May 8.

Six new members of the Volleyball Hall of Fame