Omichka Omska beat current Russian champion Dinamo Kazan in the semifinals of the national Cup and for the first time in its history reached the finals of the tournament. 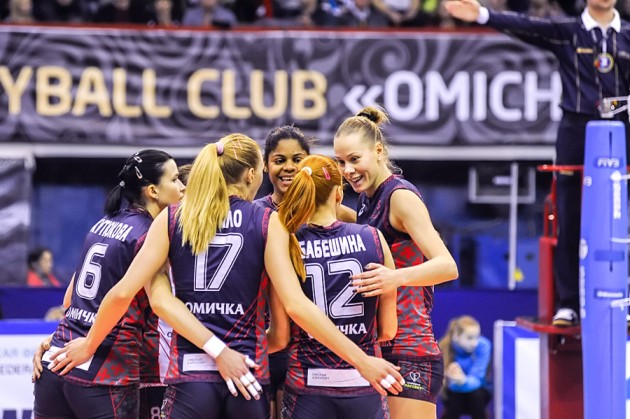 In Omichka, everything went wrong at the beginning of the match, in attack and reception, as well. Besides, Dinamo played extremely precisely, spending a minimum of effort and reached a seven points gap at second technical timeout  – 16-9.

Having given a few blocks to the Dinamo’s star Ekaterina Gamova, Omichka seized the initiative at the beginning of the second set (8-2). Later on, Omichka literally crushed is opponent with confident ball supply and attack (22-12, 25-18).

In the third set, a persistent struggle was seen and the teams did not have the lead more than 1-2 points. At the end, couple of good blocks by Elena Irisova and powerful spikes of Yulia Kutyukova brought Omichka a 25-22.

Dinamo, thanks to the several points from Gamova, took the lead – 16:11 – in the fourth set. However, Omichka found the strength to break the game (21-21), and then pull out a victory.

Dinamo, for the first time in the last five years, will not play in the finals of the Russian Cup where on Monday, Omichka will play against the winner of Dinamo Krasnodar – Dinamo Moscow (17:30 CET).